8 Ways of Turning Confrontational Feedback into Constructive Feedback: A Lesson for Leadership

Life is not measured by the number of battles that you choose to undertake, but rather the times when you pursued a different option

Living in what seems to be an increasingly confrontational society has led to adverse reactions from people of varied cultures, ages, sex, perceptions, and personalities. Most people who act in a confrontational manner believe it is the most appropriate way of communicating. Once you as a leader adopt a confrontational tone, some people may react constructively while others may perceive it as a challenge. Your followers’ perceptions of your leadership will dictate how you will engage with them. The group that perceives confrontational feedback as an assertive way of getting things done is better equipped to understand your leadership style.

The group that perceives confrontational feedback as a “battle” will engage furiously with you. Once people learn that your style is confrontational, they automatically put their guards up and either block you or engage you in a war of words. What was meant to be a casual and short conversation ends up in a shouting match that causes the group to abhor your leadership style and be ready for a fight whenever you approach them to discuss something. They prepare for war whenever they see you coming. A group that is constantly prepared to engage in a fight with you and believes it will win will be a constant source of difficulty for you.

How to Avoid Confrontations

· Use Logic and Wisdom

C. Joybell C. says, “Choose your battles wisely.” This quote has the logic and wisdom of leadership. Life is not measured by the number of battles that you engage yourself in but rather the many times that you opted for a better direction and option. Pick the most important fights and lose the rest. As a leader, your followers already know your confrontational traits. Once they see you, they are prepared for a battle. Do not allow your confrontational style to affect your followers to the point of losing them. Peace and serenity often come when you opt to make the best choices and take the less trodden path.

A group that perceives confrontational styles as a battle can best be dealt with silence. This group does not expect you to walk away without a battle. At times, turn them down with silence. Silence speaks volumes. Lailah Gifty Akita says, “You have to choose your path and decide what you wish to do.” There is greatness in the choice of being silent. It can avoid wars with your followers. Losing your followers is worse than being silent. Most people understand silence more than active words. Silence is constructive feedback on its own.

Connect with the people that you are engaging. Demonstrate your good intent with a clear agenda. Most people will read your motive and behavior and learn that you care. They will examine your consistency and learn to build rapport and have some confidence in you. When you are well-connected with others, it is easy to engage them even with difficult topics that could cause discomfort and adverse emotional reactions.

Address a problem when it occurs immediately. A problem should not be swept under the carpet with the expectation that it will take care of itself. Always ensure that you don’t bury your head in the sand when something negative occurs. Attack the problem decisively and vigorously.

3. Look at Issues and Not People

The feeling of being attacked can cause an emotional reaction to confrontation. Some people will feel that you are attacking their personality, gender, age, style, or culture. It is critical to confront issues rather than people, and you should try to avoid aggravating them.

You should learn how to be assertive with your followers. Assertiveness is the trait of being confident and self-assured without using any form of aggression. The benefits of assertive behavior include having the ability to express your beliefs, opinions, and feelings in an honest and direct manner. Another benefit of being assertive is that you can engage productively. Do not drag other people into the conversation. For example, “I told you that I have a problem with that behavior, and the whole team is complaining about it.” These words can reveal that you have been discussing the person with other employees.  Learning to be assertive will help you to communicate and support your points without hurting others with aggression.

The language that you use determines the way people perceive your leadership. All age brackets, genders, and cultures prefer adapting language to the topic being discussed. The tone of your voice makes the difference between confrontational and constructive feedback. Shouting and yelling can lead to confrontations. Some cultures do not like to confront individuals, which is perceived as an attack on the person. For example, asking “What didn’t you understand about my email?” is perceived as an attack on an individual. This can be rephrased as “Was there something that wasn’t clear in my email?” Always try to use non-accusatory language when speaking with your clients and your team members. As a leader, your choice of words makes the difference between a win or a loss. These two sentences mean the same thing, but one attacks the individual while the other encourages the exchange of ideas.

As a leader, mixed messages often trigger your followers. People often know when they have done something wrong in the presence or absence of the leader. If you say that you saw someone do something that was not right, and you were not present in the office; that mixed message could spark a confrontation and rebellion. Try to inform people about the impact of their behavior on your work and your progress as an organization. As a leader, you must establish and communicate expectations about everything.

Bryant H. McGill said, “One of the most sincere forms of respect is actually listening to what another has to say.” Listening with a kind ear can turn a life around. Listen to your followers because it can break all the defensive posturing among them. Listening can end a confrontation even before it starts. Do not listen with the intent to reply; just learn to listen.

Powerful leaders confront constructively. You must have a backup plan when confronting a certain trait or behavior among your followers or employees. The reason for a confrontation is to help people attain a higher level of success or develop a positive trait. It is important to ensure that you have a way of closing the gap that caused the confrontation. This is one of the ways of coaching people and nurturing their positive traits. 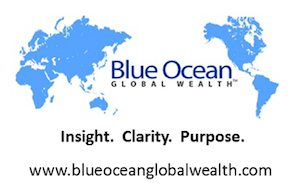 Marguerita M. Cheng, CFP® is the CEO of Blue Ocean Global Wealth. She is a member of the CNBC FA Council and a contributor for Investopedia & Kiplinger. Marguerita is passionate about ensuring that her clients have clarity and confidence about planning for their financial future. As a Certified Financial Planner Board of Standards (CFP Board) Ambassador, Marguerita helps educate the public, policymakers, and media about the benefits of competent, ethical financial planning.

Blue Ocean Global Wealth intends that this article will be viewed for informational purposes only. The information in this material is not intended as tax or legal advice. It may not be used for the purpose of avoiding any federal tax penalties. Please consult legal or tax professionals for specific information regarding your individual situation. The opinions expressed and material provided are for general information, and should not be considered a solicitation for the purchase or sale of any security.