The Perks of Being a Digital Minimalist

Digital minimalism is a philosophy that helps you question which digital communication tools add the most value to your life. 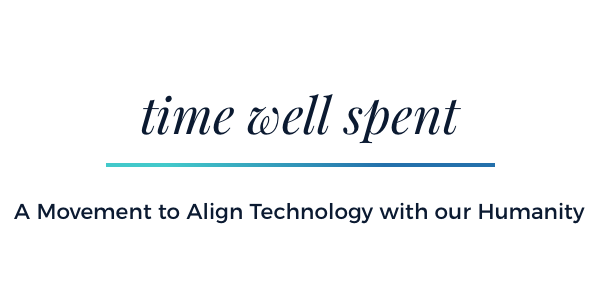 People are sometimes confused about my personal relationship with digital communication technologies.

On the one hand, I’m a computer scientist who studies and improves these tools. As you might therefore expect, I’m incredibly optimistic about the role of computing and networks in our future.

On the other hand, as a writer I’m often pointing out my dissatisfaction with certain developments of the Internet Era. I’m critical, for example, of our culture’s increasingly Orwellian allegiance to social media and am indifferent to my smartphone.

Recently, I’ve been trying to clarify the underlying philosophy that informs how I think about the role of these technologies in our personal lives (their role in the world of work is a distinct issue that I’ve already written quite a bit about). My thinking in this direction is still early, but I decided it might be a useful exercise to share some tentative thoughts, many of which seem to be orbiting a concept that I’ve taken to calling digital minimalism.

To understand what I mean by digital minimalism it’s important to first understand the existing community from which it takes its name.

The modern minimalism movement is led by a loose collection of bloggers, podcasters, and writers who advocate a simpler life in which you focus on a small number of things that return the most meaning and value — often at the expense of many activities and items we’re told we’re supposed to crave.

Minimalists tend to spend much less money and own many fewer things than their peers. They also tend to be much more intentional and often quite radical in shaping their lives around things that matter to them.

Here’s how my friends Joshua and Ryan (aka, The Minimalists) describe the movement:

Minimalism is a lifestyle that helps people question what things add value to their lives. By clearing the clutter from life’s path, we can all make room for the most important aspects of life: health, relationships, passion, growth, and contribution.

These ideas, of course, are not new. The minimalism movement can be directly connected to similar ideals in many other periods, from the voluntary simplicity trend of the 1970s to Thoreau. But what is new is their embrace of tools like blogs that help them reach vast audiences.

I first encountered this movement through Leo Babuta’s Zen Habits blog about a decade ago. This was the early days of Study Hacks and these sources soon played a major role in transforming my writing and speaking during this period. Most notably, they shifted my attention away from the technical aspects of studying and toward the philosophical aspects of creating a meaningful student experience (the Zen Valedictorian, for example, owes an obvious debt to Zen Habits).

It occurred to me recently, when I was pondering my philosophy on technology, that my thinking continues to be influenced by minimalism. I am, I realized, perhaps usefully described as an advocate for a new but urgently relevant branch of this philosophy — a branch focused on the proper role of digital communication technologies in our increasingly noisy lives…

Adapting some of the above language from Joshua and Ryan, I loosely define digital minimalism as follows:

Digital minimalism is a philosophy that helps you question what digital communication tools (and behaviors surrounding these tools) add the most value to your life. It is motivated by the belief that intentionally and aggressively clearing away low-value digital noise, and optimizing your use of the tools that really matter, can significantly improve your life.

To be a digital minimalist, in other words, means you accept the idea that new communication technologies have the potential to massively improve your life, but also recognize that realizing this potential is hard work.

The above list, and much of the thinking behind it, is still tentative. I should also emphasize again that it applies almost exclusively to the role of digital technology in your personal life, and is largely distinct from my thinking about how to integrate technologies productively in the professional sphere.

But there’s something coherent lurking in the background here that I will continue to work through.

Digital minimalism, for example, has helped me better understand some of the decisions I’ve made in my own online life (such as my embrace of blogging and rejection of major social media platforms), while at the same time challenging me in areas where I could be leveraging new technologies to even better support some of my core principles. In other words, like any productive philosophy, it gives me both clarity and homework.

The bottom line of this general thinking is that a simple, carefully curated, minimalist digital life is not a rejection of technology or a reactionary act of skepticism; it is, by contrast, an embrace of the immense value these new tools can offer…if we’re willing to do the hard work of figuring out how to best leverage them on behalf of the things we truly care about.

Originally published at calnewport.com on December 18, 2016.