Q. What sparked the idea to become a journalist? And what has inspired your work on the refugee crisis?

I sit in this interesting seat of being able to tell stories through journalism, media and academia. I’ve been fortunate in that I have many places where I can tell people’s stories; from New York City to the Syrian border. When I was living in NYC, I was looking for deeper engagement with the topics I was covering. I wanted to share the stories of real people. I appreciated the idea of going deeper into one place and having thoughtful interactions which extended beyond the 800 word story, more intentional conversations.

I have a Political Science degree, but after obtaining it I developed an interest in anthropology as a way of understanding people through their cultures. Anthropology has an interesting history; from justifying the of building empires and savage killings, and in a sense, anthropology has also gone through its own self-reflection and moments of consciousness shifts (with and still with regressive moments like the use of Anthropologists to justify the 2003 U.S. invasion of Iraq). These ideas really interested me. I applied to Columbia University’s socio-cultural anthropology programme but was turned off by how elitist it was! And we are STILL talking about dead white European men who contributed to the field, and wholly ignore the influence of non-white Anthropologists, like Zora Neale Hurston, a Black woman who studied Anthropology in that same department with the greats in the field–her work was completely absent from our graduate courses.

I used to write for this Arab-diaspora themed blog, around 2005. At the time, people had blogs but no none was launching new media, discussing real-time events due to the mass media having oppressive control. At this time blogs were our only outlet to telling our stories when mass-media had a monopoly on storytelling. One of the blog’s founding members, Will Youmans, currently a media studies professor, had became a host of this discussion-based live variety TV show called “What’s Happening”. It was a show that center around the experience of the Arab diaspora in the U.S., and I volunteered to join a segment about our blog. The show taped 3 episodes in one day. The producers asked me to stay for all the different segments and soon enough I became a co-host of this show. I was never formally trained, even using the teleprompter later on in my career was a challenge to overcome because it was all so new. We talked about Arab-American interests and politics, to the anti-blackness in the Arab community. Because the show was so low-budget (aka no teleprompters), we had the opportunity to mold its course and content (to function not only as co-hosts but also associate producers). We met incredible people, from hard core feminists to young people with progressive and radical voices. My career kind-of flourished unexpectedly from there. I started writing mainstream media outlets like CNN and Huffington Post, was conducting research at Columbia University for the Malcolm X Project, started to fill in as a co-host for a social media-integrated, current events show “The Stream” on Al Jazeera English—which was seen across the globe in 300 million households.

My work as a journalist brought me to working with displaced children on the Turkish-Syrian border. Afterwards, I worked on this Greek island of Chios for extended periods over 2 years. Chios is one of the refugee “hotspots”. It was a transit location, but with the closing of the European borders, it’s turned into quite a protracted scenario. People are trapped there, with nowhere to go, and it’s become so overcrowded. These places which were intended for intake have turned into places where people stay for several years.

There are areas of deep need – the camps are over-crowded; with people going through life circumstances, they are having babies, living, dying, but money is running out. They don’t know where to go. It’s a very dire situation. I bonded with folks as always is the case, and cried a lot as always is the case.

I was working with a centralized volunteer group in Chios that coordinated activities with a Spanish food kitchen, distributed supplies like baby and women’s hygiene products, translating, playing games with children, giving informal manicures to women, beach rescues of ships coming into Greek shores. The second year there I volunteered exclusively with a women’s centre on same island, working as a translator for psychologist appointments, medical appointments, and overall logistics. I also piloted a program to address the unique traumas and stress that come with displacement “Yoga to the Displaced People” – which was a trauma informed healing approach to yoga, incorporating a somatic method to engaging issues it was becoming clear women in the camps and through the experience of displacement had been facing.

Q. Your work bridges the worlds of social justice, academic research, media engagement and artistic expression. Tell us more about how you intertwine your artistic passion with your political journalism?

I started actively writing poetry as an undergraduate. More recently,

“I’ve been writing poems about the wild, uncontained essence of women and how patriarchy has tried to squeeze our wildness out…”

I’ve been seeing the need of being fearless and brave in the poetry that I write. I suppose I have always seen art and activism wedded since my earliest organizing days in college. However, it became more formalized when I started working with arts-based social justice organization Blackout Arts Collective during my tenure in NYC. The organization was focused on reviving the spirit of the Black Arts Movement; using art as a tool for social change. I never really saw art as separate from activism; they’ve both been integral parts of universes in my life. We facilitated a critical literacy and arts based workshops with incarcerated youth at Rikers island, through different kind of teaching models, like using Paolo Freire’s “pedagogy of the oppressed” and Augusto Boal’s “theater of the oppressed.” Inverting the traditional pedagogy on its head shifted my perspective on teaching. We focused on the industrial prison complex and using hiphop to deconstruct Foucauldian concepts in Discipline and Punishment. In an anthology of poetry and art that emerged from these workshops at Rikers Island, I co-wrote the Introduction:

“We thought about how love is central to breaking down the walls between us and other people and the bars that are erected out of unfounded fear.”

We created these groups of students and taught workshops to learn about the prison industrial complex, we then collected their art and poetry, and all of this together created an innovative approach to an issue we are only now talking about in the mainstream – around ending mass incarceration. The way this ties to refugees to me is in the fact that the popular solution at the moment is to create walls, to ban people from coming in, to detain them because we can’t creatively integrate people for the issues that we are directly responsible for creating.

“Both of these things, mass incarceration and refugee crisis, are being experienced by displaced people. Refugees, incarcerated folks, foster care children, those displaced because of gentrification; there are so many different forms of displacement and uprooting. And it’s always, in a global sense, the poorest and people of color among us, who are being treated as disposable and forced out first. It has to stop, and awareness can be the first step towards that, but it shouldn’t be our last step.”

We can never neglect the way art is visionary as a means of imagining or ushering in a new world, so we can continue to live on despite desperate conditions. Art is also a means of connecting on such deep “I see you levels…”. In some refugee centres I worked with, one of the most popular requests is a speaker that connects to mobile phones. And you know why? so they could listen to their music in community, let go and dance. Living in a camp, you are surrounded by so many people, and thus robbed of any level of privacy. The women’s centre is incredibly important. The fact that you could go to this women’s centre and take a shower in private, restored their sense of dignity. But art in community was fundamentally important there as well. They danced to Arabic music as a form of expression and connection, and asked us to share our, the volunteers who usually represented a diverse range of nations, country’s popular dance moves.

I wrote this poem about Syria as a TED fellow. The reason I did this poem on Syria is that we have people telling stories, but my poem was about a different intervention, I wanted to show people the things that still live in people as they leave the country, how this place that almost exclusively is narrated as a “geography of violence” lives in the hearts and minds of Syrians in different ways. To share the stories from our collective history that spans millennium to millennium, of phoenix rising again and again after devastation. And it’s not Syria that is mapped with simplistic, reductionism and propaganda-campaign-style imaginaries. There’s an obsession with Syria and the Middle East in the media as a geography of violence, Africa is seen as a geography of poverty or of disease, and the US and Europe are seen as geographies of civilization and innovation. But there are so many other stories than that…

“What could it look like to not see people and places as just one note, how can we have the complexity of stories reflected, stories beyond the first bomb and after last bomb? That’s what I’m pursuing to discover and convey.”

Q. What will your experience at the Enchanted Arts Festival look like?

I look forward to making this experience interactive, there will be art, and interactive element to it. Get ready to see, hear and feel and have an integrative experience. I want people to see a history well before 2011, I want them to connect to the stories of people who flee carry with them, to understand why it’s one of the most difficult decisions. I want people to see our art forms and our cultural traditions.

“Poetry is engrained in the fabric of the language and in the way we breathe. This is why poetry is a powerful entry point for recalibrating the lenses people are using to see.”

There’s an emerging field in refugee studies; on how media is representing people. People are worthy of our understanding – we are tied to them and we need to confront this hard truth. When we do finally confront this, we can grow and shift everything.

“We have to hold up a mirror and confront ourselves for the ways we are involved in one of the greatest humanitarian tragedies of our human history, and how together we can work to create positive global change.”

It all starts with a perspective change, and that’s what I’m bringing to the festival. 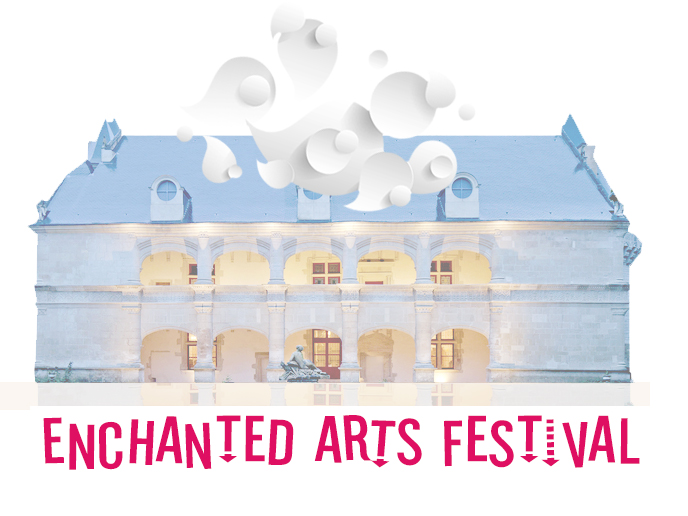