Harvey changed the world, not with a bullet or a bomb or a threat, but with the most powerful weapon imaginable: words. 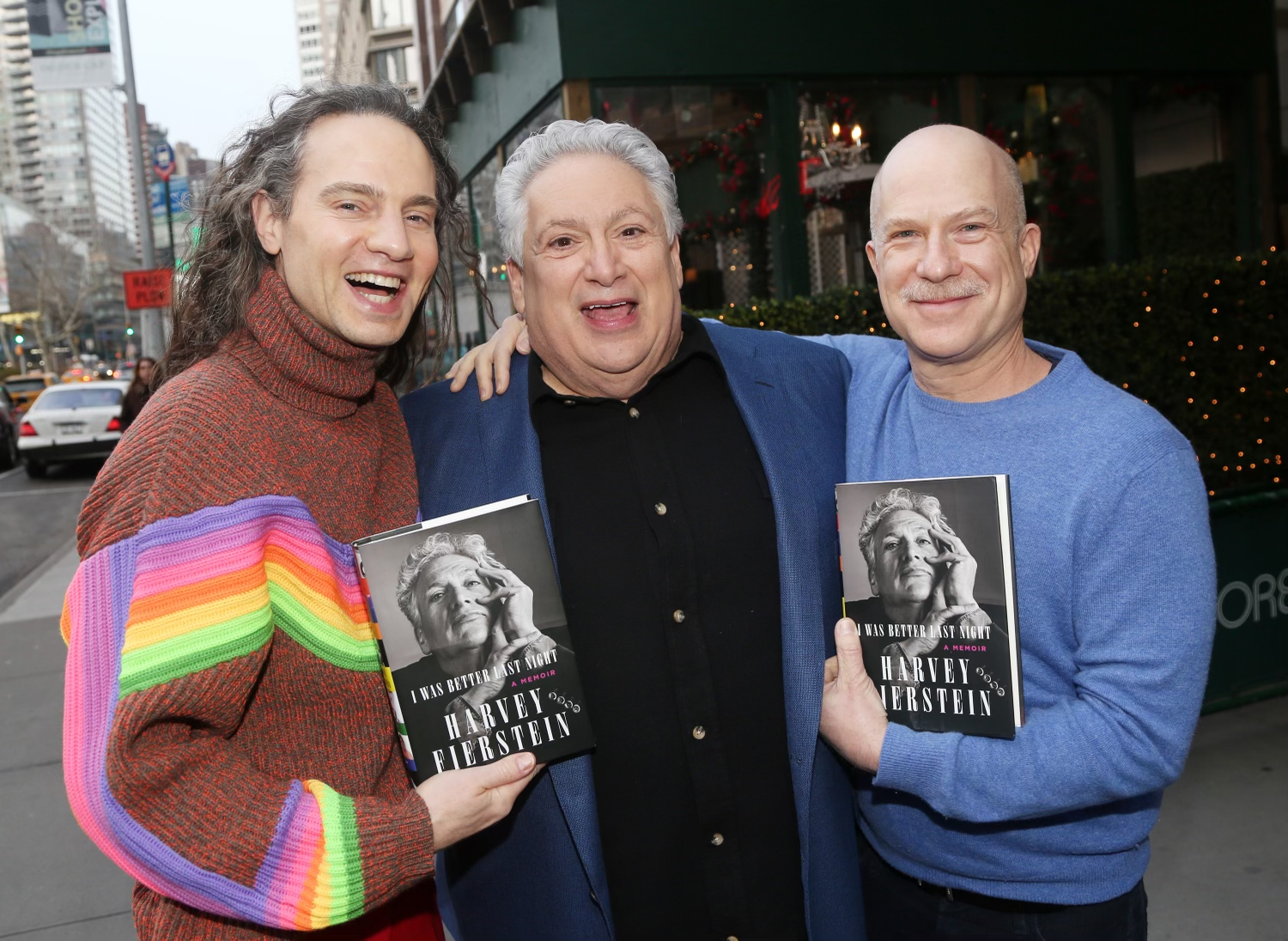 As the looming legislative ax hovers over all our heads, the release of Harvey Fierstein’s memoir, I Was Better Last Night (Knopf, 2022), couldn’t be better timed. Harvey’s voice has always been singular and I don’t mean the sound of it.

In 1983 when I was a 17-year-old gay kid on Long Island, I sat in my wood-paneled bedroom, my tiny black & white TV resting on my lap as I watched transfixed as Barbara Walters interviewed Harvey Fierstein. I was astonished when Harvey told Barbara, “I assume that everyone is gay unless I’m told otherwise.” My gay self-esteem was just in the embryo stage and that was a staggering paradigm shift for me. And when Barbara self-righteously said to Harvey, “A few years ago, I wouldn’t have been able to do an interview like this.” Harvey told the most famous journalist in the world, “You could have done it and you should have done it.” How could I be any less brave in my life than he was being on national television? That night, Harvey explained to the nation that love, commitment, family are not heterosexual experiences, they are human experiences, they belong to all people. Yes, he planted those flags decades before Marriage Equality, decades before Love is Love, decades before #Lovewins.

By this time, I had already seen Harvey on Broadway starring in the play he wrote, Torch Song Trilogy. As important as his character Arnold had become to me, the parallel character of Harvey was even more impactful. Arnold showed me a life that could be possible for me and Harvey showed me the path.

Now in his magnificent, new page-turner of an autobiography, Harvey chronicles his improbable trek from Bensonhurst to Broadway, from an out-of-the-ordinary actor working the fringes of experimental theater to being the reliable Broadway box office star whom “blue-haired matinee ladies” turn out for. If Harvey builds it, they will come.

Harvey and I are, as he writes in his book, inseparable friends and from that front row seat, what I have always found so remarkable about Harvey’s journey is not only that he did it, but how he did it. Harvey didn’t become famous then come out. He didn’t wait till he was successful to come out. He didn’t wait till he had “fuck you” money. He didn’t come out because a tabloid threatened to write about him. Harvey started out and nobody had ever done that before. That’s herculean. Every actor who has come out since had their closet door WD-40’d by Harvey. And as for the remarkable young performers who are now starting their careers as their authentic selves, they are all part of Harvey’s breathtaking legacy too.

That alone warrants our admiration and a rock-solid place in our history, but there’s more. I was there, as the Sondheim song goes, so I can tell you.

I remember when Harvey achieved the ultimate fame imprimatur, being a character on Saturday Night Live. He was portrayed by Jon Lovitz desperately pleading that pathetic tagline, “I just want to be loved, is that so wrong?” A phrase that has been attributed to Harvey ever since even though he never said it, nor has he written it anywhere. One sketch had Kathleen Turner aggressively climbing on top of Harvey (played by Lovitz) kissing him against his will and making disturbing sport of trying to “turn him” because she, as she boasts, likes a challenge. Harvey went down to SNL and complained, not because he was being lampooned, he said, “You can make fun of me, but you can’t use me to make fun of all gay people.” Harvey’s aperture has always been set wide enough to care for all of us.

Harvey changed the world, not with a bullet or a bomb or a threat, but with the most powerful weapon imaginable: words. Deploying them with a singular wisdom and deep well of creativity, he wrote the landmark shows Torch Song Trilogy, La Cage Aux Folles, and Kinky Boots. That remarkable canon won him many Tonys and induction into The Theater Hall Of Fame.

But there’s still even more. For our grateful community, the reason Harvey is an icon is because as he built his illustrious career, he never stopped being an activist. At every turn, he spoke out: there he was on that now famous day, October 11, 1987, leading the National March on Washington for Lesbian and Gay Rights; when that nascent angry group, ACT UP, formed to fight back and fight AIDS, it was Harvey who crafted their first fundraising letter. Harvey never flinches to speak his mind, even now writing about AIDS: “I have never been able to shake the feeling that the heterosexual community at large let us die.”

He doesn’t proceed gingerly so’s not to scare off producers and investors of his shows, and he daringly will never shut up so’s not to risk his sizeable audience.

How can we be any less vocal in our lives than Harvey has been in his? Especially now, with 33 states racing with cruel glee to enact anti-LGBTQ and anti-trans bills and “Don’t Say Gay” bills spreading across our country like a virus.

So read I Was Better Last Night, not only for the reflections of a dazzling life but also as the spark to ignite your distinct, critical voice.