Why celibate religious orders will not survive in our Age of Transparency.

All good ideas of the past persist as they work their way into the present.

Vatican 2? What was that?    Released from their marriages to Jesus, Catholic nuns disrupted business as usual for the Church by the late 1960’s. 90,000 dedicated bright women shed their habits, a way of life, and returned to their communities. Many of these fertile women fell in love again and married mortals.  Post celestial divorce they made and raised babies of their own, instead of teaching other people’s children. Film critic David Edelstein wrote about it best for Vulture.

‘Novitiate’ takes us inside a hierarchy determined to stay in power that is ultimately powerless to fend off unstoppable change. Glimmers of rebellion poke through separating the wanna-be nuns from the proto-nuns.  Kicked out of the abbey for sex play and worse smiling or laughing.  These ‘loser’ nun drop outs are sloughed off, weeded out to their benefit, free to fulfill their own lives. Life under Mother Superior, played by Melissa Leo, was equally oppressive and terrifying. 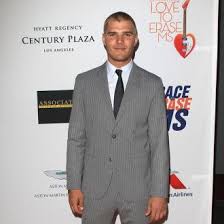 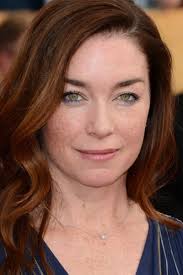 Julianne Nicholson is Sister Cathleen’s scrappy mother, a dependent helpless person in her own way, well meaning but unable to provide adequate structure for Margaret Qualley, a growing lost child of a tumultuous broken home yearning for good parenting as she emerges as an adolescence. In an act of teen rebellions turns against the skepticism of her mother the cynicism of her father to an idealized Church just as it was entering an age of disruptive innovation still being felt today.

Vatican 3 on the way? One message to take away from this film is it is increasingly impossible for a celibate priesthood to last much longer in today’s world. Film like any great art is a finger beckoning that can show what is to come if we care to pay attention. That said, thinking, talking and reading should not be confused with doing. Watching films can provoke, and open you up to learn about or revisit periods of history that have potential ramifications for society or our own lives. If you can learn something about yourself or the world, great.

The fact that this film is predominantly female made represents another rising tide that will not denied. Decades long outpourings of disgust and distress over the lack of presence of female voices in the higher echelons of the arts, business and politics is addressed by the films Sony Classics has chosen to release and distribute in 2017. Witness their recent roster of excellent female-centric films: The Lovers, Maudie, Faces/Places, Red Trees, and Paris Can Wait. 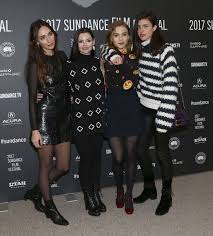 The ‘Novitiate’ gaggles of nuns not practicing ‘custody of eyes’ by looking into the camera and smiling at Sundance Film Festival, 2017.

The newest Sony Classics offering is, ‘Novitiate,’rolling out in New York and Los Angeles, October 27, and is written and directed by Maggie Betts. 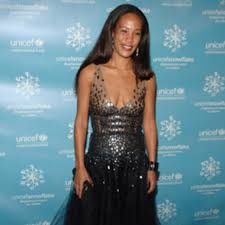 ‘Novitiate’ has an acting roster almost exclusively female with so many strong performances, there are almost too many to mention. Morgan Saylor, Liana Liberato, Rebecca Dayan, Eline Powell, and Chelsea Lopez come to mind for starters. Denis O’Hare, plays the perfect patriarchal suck-up.

Disclaimer: Nothing written here should be construed as advice or as a substitute for mental health counseling. If you, or someone you know, is in trouble reaching out to a trusted family member or friend, or a therapist can be helpful. If you -or someone you know – is suicidal or needs help, please call 1-800-273-8255 for the National Suicide Prevention Lifeline. 1-800-273-8255 If you are outside of the U.S., please visit the International Association for Suicide Prevention for a database of international resources.