The challenge of a job that doesn’t meet your needs

Covid-19 has left many people underemployed – in temporary jobs or on reduced hours. How do you make a success out of a job that isn’t what you wanted? 2020 was supposed to be Isaac Freeman’s career year. The 22-year-old, based in Adelaide, Australia, spent 2019 travelling and freelancing after graduating from university, and then … Continued

Covid-19 has left many people underemployed – in temporary jobs or on reduced hours. How do you make a success out of a job that isn’t what you wanted?

2020 was supposed to be Isaac Freeman’s career year. The 22-year-old, based in Adelaide, Australia, spent 2019 travelling and freelancing after graduating from university, and then started looking for a stable job. Freeman wanted a creative role in which he could use his photography and writing skills.

Instead, when the pandemic hit, he found himself back at his local supermarket – a student job he thought he had left behind for good. “It was a bit of a difficult decision at the time,” he says. “But I realised it was probably the only one that would give me some sort of schedule if we went into some sort of lockdown, which we eventually did.”

Freeman (pictured above) is not alone. John Gavin Branstetter, 39, a political science lecturer at the University of California Los Angeles, also had big plans for 2020. Branstetter had lined up promising interviews for tenure track positions, only to watch the positions disappear as Covid-19 took its toll on the higher education sector. For now, Branstetter has to fight to hang on to his temporary contract. “I’m in this cycle of being a temporary employee. Every year I have to reapply for my job, even though I have the same education qualification [as my tenured peers].”

As economies around the world grapple with the fall-out from the pandemic, the job market continues to take a hit. But while much of the focus has been on rising unemployment figures, there’s also the issue of underemployment: people who are working in jobs that don’t, for various reasons, meet their requirements.

Defining ‘underemployment’ is the first challenge. For some people, says Liam Delaney, professor and head of department of psychology and behavioural science at The London School of Economics and Political Science, it may mean working fewer hours than they would like. For others, it’s having a job that doesn’t align with their qualifications. Then there are those who are working more than they would like, but don’t get paid enough to fulfil their financial obligations. 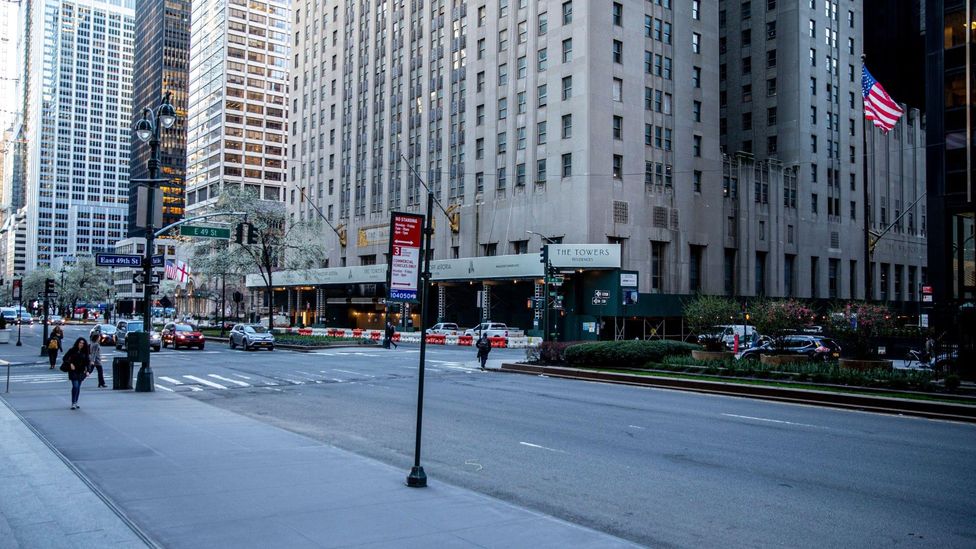 Delaney recently co-authored a paper on underemployment and distress, based on samples of underemployed workers in the UK. In this case, the researchers examined underemployment as defined by the International Labour Organisation: “those who work fewer hours than a national specific threshold related to working time while they are willing and available to work additional hours.” The research, conducted before Covid-19, found that underemployment may have “detrimental psychological consequences” for people, for several reasons.

First of all, underemployment often equates to a drop in income. Delaney talks about a distress “threshold” at which financial strain can kick in. For workers who are working fewer hours than they would like, underemployment may also result in less contact with the workplace. As a result, “this may limit the psychosocial benefits of work, such as social contact and support, having a sense of being useful and needed by others, being active, and having a structured experience of time”, Delaney and his co-authors write.  The paper also talks about people’s feelings of inferiority when they interact with workers who they perceive to have better working arrangements – whether more hours or a job that better suits their skills and aspirations.

That’s because underemployment  – whether as defined by the ILO or more broadly –  often affects people’s sense of identity, says Gladys Ato, a California-based clinical psychologist and author who works with executives. In her recent work, she’s met business owners applying for other jobs to pay the bills and professionals facing the difficult reality of reduced hours. Identity is often linked to career, and when this is threatened by a job loss or change, it shakes people’s sense of self-worth. “They may start to notice increasing anxiety, that constant sense of dread which can then turn into depression,” says Ato.

When you’re not challenged in the workplace and you’re not engaged, that takes energy from you – Angela Howard

Dawn Norris, an associate professor of sociology at University of Wisconsin La Crosse, says that identity threats create a sense of dejection beyond economic struggle. When she spoke to unemployed and underemployed individuals for her book, Job Loss, Identity and Mental Health, she says that those who were independently wealthy, lived with another income earner or had money coming in from investments still faced psychological hurdles.

“Psychologically, we as humans like to connect to a higher purpose,” says Angela Howard, an organisational psychologist based in Chicago. “Career is a big portion of that. When something disrupts that, you feel like you’re not contributing to society.” People often think of burnout as having too much work, she says, but “when you’re not challenged in the workplace and you’re not engaged, that takes energy from you”.

Measuring the level of Covid-19-related underemployment in its various forms is a challenge, but there is data available relating to ILO-defined underemployment. In the US, the number of involuntary part-time workers – those who had their hours reduced or were unable to find full-time work – is 4.1 million higher in July this year than it was in February. In the UK, the underemployment figure from April to June was at 2.84 million, up by 217,000 from January to March. In Australia, the seasonally adjusted underemployment rate in July was at 11.2%, up from 8.6 % in January. 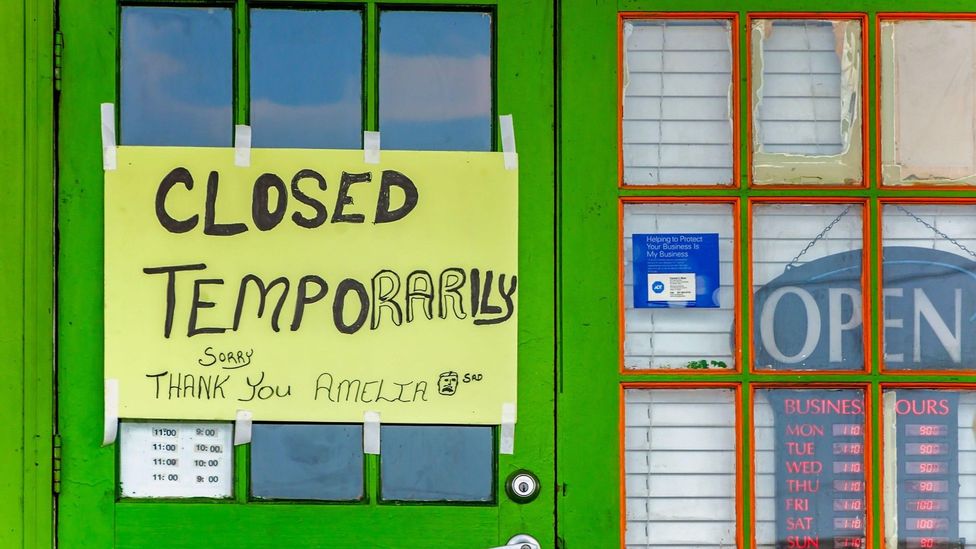 The impact on sectors like hospitality is being particularly hard, with a knock-on effect on jobs

Experts predict that the unprecedented nature of the pandemic will mean more people will be underemployed for longer than in previous recessions. According to Delaney, workers in sectors like hospitality and tourism are likely to be heavily impacted in the next few years as reduced demand for these services will lead to reduced hours and fewer jobs. Norris says that without policy intervention, “there is the potential for underemployment to stay at very high levels”. Work environment sociologist Tracy Brower, based in the US state of Michigan, says: “So many businesses are doing a reset.” The skills that might have served you well in your previous jobs may not be the ones that you need to get yourself out of underemployment.

Branstetter and Freeman have both tried to continue developing professionally during their period of underemployment. Branstetter is committed to conducting research projects on comparative political theory and mentoring students, even though those activities aren’t part of his job as a non-tenured lecturer. For Freeman, it’s about looking for gaps in his skillset. He’s been learning new editing programmes, makes himself do something creative every day “just to keep that muscle-memory working” and has continued freelance writing.

A job is a job, and you’re fortunate to do what you want for a living – Isaac Freeman

Both say they overcame any resentment at being underemployed by acknowledging how fortunate they are to have jobs. “Even though my position is unstable, I actually have it pretty good compared to a lot of people right now,” says Branstetter. He talks of peers who have had to settle for teaching one class at a university and drive rideshare on the side to keep their academic dreams alive. Freeman, meanwhile, says returning to his old job made him realise that “a job is a job, and you’re fortunate to do what you want for a living”. Working that out has made him more motivated to look for ways to move up professionally and has also improved his work ethic, he says.

‘Everybody gets an asterisk’

If there’s any silver lining to underemployment during a global pandemic, it’s the fact that many others are in the same boat. This makes it easier to explain your situation to prospective recruiters. “People tend to understand a bit more,” says Norris.

But she stresses that to remain marketable as a candidate, individuals need to demonstrate their relevance. That might mean staying up to date with industry news, additional training or finding a role with similar functions to the job that they want. One man that Norris interviewed for her book, for example, volunteered to do the accounts for his church after losing his role as a vice-president of a bank.

She also stresses the importance of keeping in touch with your professional network and peers. Although it’s easy to emotionally isolate – particularly where social distancing is the norm – Norris says that’s the opposite of what you should do. By hiding your underemployment, “you miss out on moral support and job leads. It’s those weak ties that help us find those opportunities.”

Ato and Brower agree that the best thing people can do to stay optimistic is to recognise that underemployment is generally a temporary experience. When they do that, it becomes easier to find the good in the situation, says Ato. She recommends that individuals ask themselves: ‘What can I learn from this? What can I contribute knowing this is temporary?’ “If we buy into the belief that this is going to be a forever thing, it’s just going to be downhill,” she adds.

Brower says that individuals need to remember they’re not alone. When it comes to their careers, “everybody gets an asterisk in 2020 because of the pandemic,” she says. “I think that’s also something to remind ourselves, because we know it’s just an anomaly in our careers.”